Oh S..t, My Hard Drive Crashed And I have No Backups Off All My Hard Work! Try To Avoid This…

Data recovery involves salvaging of corrupted, failed, damaged and otherwise inaccessible data form a storage media. In hard disk data recovery, the goal is usually to retrieve deleted or corrupted data by either the use of software or advanced forensic methods. 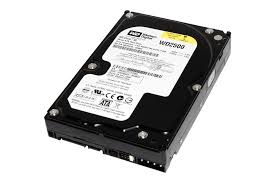 Hard disks data losses can be caused by a wide variety of things. It could be that there was a hard disk head crash, damaged logical structures of the file system or malware. For physical damage, technical expertise may be needed in order to retrieve lost data.

However, where the file system has been damaged, the end user can be able to retrieve the data using certain techniques.

Hard disk data recovery can be done by use of disk imaging. This involves reconstructing the usable data from the already existing sectors.

Tools such as HDClone and others are used to either communicating with the hard drive directly thus bypassing the operating system and the BIOS, by reading even the bad sectors generally skipped by the operating system, by use of various read commands and disabling certain features such as SMART to minimize imaging time and further drive degradation.

Hard disk data recovery caused by logical damage can be performed using various programs. Since this sort of problem is caused by power outages where files tend to remain completely unwritten, these inconsistencies can be corrected using software. Sometimes though, the drive may not be getting enough power.

Another possibility is that the firmware may have become unstable. In all of the above scenarios, you do not need the expertise of a rocket scientist to resolve the problem.

All you have to do is know the right software to use and how to go about making it work. It is even possible to recover accidental deletion of data. Trust me some powerful software are out there that can do exactly that.

Would it be rather nice instead to prevent damage in the first place than have to go looking for hard disk data recovery specialists or methods online to recover the report you worked on last month or those vacation pictures you took last year? It’s easier done than said.

System maintenance tools that come with the operating system can be used to maintain consistencies and protect against bugs in the file system before something major happens.

Make regular restore points and backup your data frequently. You never know when your hard disk might just decide it has had enough of you and refuse to respond to your requests, causing you to start pulling your hair and use a language computers normally don’t understand or ignore.

Windows XP has a back-up utility. Just search for ‘ntbackup.exe‘ in your Windows folder if you cant find it in the start programs menu and create desktop shortcut to it.

A free backup program ‘Macrium Reflect‘ is available on the internet for download if your don’t have a XP OS. This program create a backup image of your hard disk.

I will post more info on how to do these various backups, including for WordPress Blogs and databases.