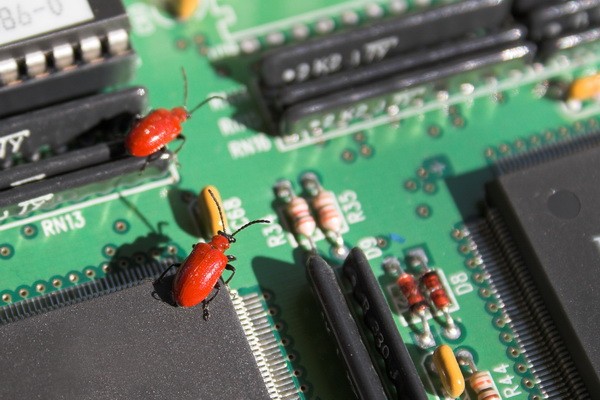 Stuxnet is a new computer virus on the block. Actually, the block is pretty good too. It’s one of the first viruses seen that’s designed for computers on the factory floor. Car plants, paint plants, metal fabrication factories, you name it – computers that run the operations at these places have been quietly infiltrated and crippled by Stuxnet for months.

The thing is, these viruses for the factory floor still aren’t very far removed from the Windows versus Mac debate that we usually hear about when we discuss viruses.

Stuxnet lives on industrial automation equipment Siemens makes that run Windows. The one thing this proves is, that virus makers do find small targets attractive if they are novel enough.

Does Stuxnet just want to make a nuisance of itself? Or is there something more sinister that it may be after? There is in fact a larger agenda. It tries to copy industrial design blueprints to send to some unknown remote beneficiary. And then it tries to sabotage equipment by getting factory equipment to stop working.

The virus is easily removed with any standard antivirus program available for your home PC.

The interesting thing is, they believe that it might have been made by some government. The main target or victim intended appears to be factories in Iran. Considering all the commotion there is around the world to do with Iran’s nuclear program, this is quite understandable.

The only problem is Stuxnet did not contain itself to Iran’s nuclear facilities. It’s spread around the world and plagued troubled factories everywhere, if not actually shut them down.

Nobody knows what kind of sabotage the creators of the program had in mind. All that is known is that whoever designed the program has complete knowledge of Siemens industrial automation systems to be able to attack them.

They also have detailed knowledge of hardware manufactured by Realtek and J.Micron of Taiwan. What they do know is that this wasn’t a prank. And to think that our entire survival depends on the security of Windows.

Studies that experts have done on this new computer virus show that it’s a really large program and that it’s complex. It does come with the ability to make changes to the operating system of the computer it resides on. Everyone’s first thought was that this was just a program to help someone steal industry secrets.

It could conceivably make changes to factory automation that could lead to catastrophe – movie style excess speed to a machine that could be made to explode, turbines made to run higher than their design would allow having them disintegrate – you get the picture?