Even for a fiercely competitive market in computer applications, it is a little over the top, the number of major name browsers slugging it out there for the top spot. There are Microsoft Internet Explorer and Apple Safari of course; but there is a bitterly fought outside competition as well. If you count them all, there are about 300 browsers struggling to alter the power equation in the browser wars. 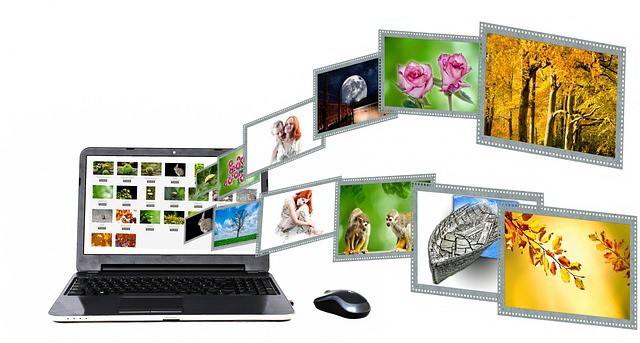 Among the outsiders, there are three major contenders: Firefox, Opera and a Google browser called Chrome. They’re trying every way they can to make your Internet experience as stable, fast and power-light as possible. This certainly works out well for the average Internet user at home. If they will allow themselves to be helped.

The thing is, your normal, average lay person on the street doesn’t really know much about different browsers – nor even what a browser might be. There is that famous YouTube video of a person on Times Square polling people to see how many know the difference between a browser and a website.

You get to see lots of young people who ask, “A browser is like Yahoo!, isn’t it?” It gets difficult to really promote a product when people refuse to understand what it is.

For the more initiated, the browser wars have been very exciting. Just five years ago, when the tabbed heaven of Firefox was first beginning to gain a bit of recognition, people looked up from their impossibly slow and buggy Internet Explorer 6 browsers and they couldn’t believe that the Internet could be made so easy to get around.

They began to swear lifelong commitments to Firefox, the browser that had shown them the way. People never knew what they were missing with Firefox though, until Google decided to throw its hat into the ring.

No offense to Firefox – they’ve been putting out new editions and versions every month for a while now and each version improves on the previous one with a 5 or 10% bump up in speed. But as hard as they try, Firefox and Internet Explorer 8 have become a little too bloated for their own good.

For all the speed raises they get, they still take forever to start up (Firefox, especially). New web pages take that much more longer that you would notice. The Google browser, Chrome, has been around for nearly 2 years now and it would be in underestimation to just say that it was fast. Chrome starts up almost before you click on the icon.

First things first. Chrome is stable. If you have a dozen tabs open, check it out in the Task Manager. It doesn’t list them as Firefox does, as just one browser application open. Each tab is listed as its own process, with its own memory and processor allowance. If one tab has a catastrophic crash, the other tabs are not affected.

The user experience is smoother too. Internet Explorer and Firefox have a layer upon layer of toolbars, menu bars and address bars cluttering up the top. Chrome is so minimalist, it doesn’t even have a title bar. It just makes things much smoother to not have to stare at two dozen permanent options all the time.

However, the Google browser gets a little credit over Firefox and Internet Explorer 8 where none is due sometimes. Chrome has been advertising its search box-cum- address bar as a great innovation. You don’t need a separate Google search.

You can just type anything into the address bar and it will figure out whether to search for it, or to directly go to it. Firefox and IE8 have it too, only they don’t advertise it. While Chrome is blink-and-you’ll-miss-it fast, Apple’s Safari is a touch faster. Firefox has the most add-ons too, free ones, made by devoted fans.

But Chrome is catching up with its Extensions in version 4. It runs Greasemonkey scripts with ease, such as one to help you accept all your Facebook requests one stroke. Perhaps the best argument for the Google browser, is Google Frame.

Google is so sick of Internet Explorer 6  and how many people continue to use this substandard browser that they offer you a plug-in to help you improve your Google Docs experience on it.

What the plug-in really does is, it deletes all the Internet Explorer code within IE 6 and replaces it with Chrome code for those resistant to change.