The term “Spyware” has become quite a common topic amongst computer users.

Spyware refers to a broad category of malicious software designed to intercept or take partial control of a computer’s operation without the consent of that machine’s owner or user. 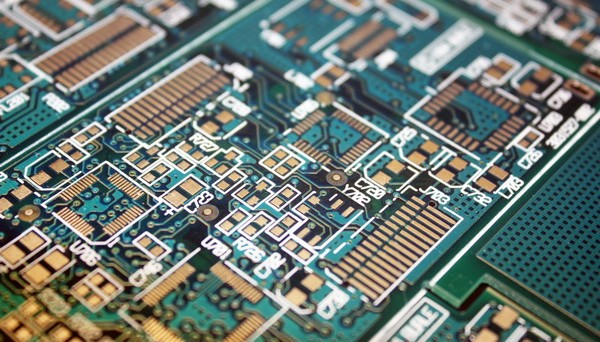 Spyware is a term being used quite loosely and includes a number of different programs. One thing they all have in common as spyware, is that they monitor the computer and/or user’s actions and share information with a third party, mostly without the consent of the computer’s owner.

Semi spyware has become widely used and they manifest themselves as software, plugins or help files to other programs you want or need. If you accept their policies and term of usage, you also accept the fact that these semi spyware programs will be installed and used.

They are normally not directly malicious as the secret spyware, but they do send out information from your computer to a third party.

Most commonly some kind of habit tracing or statistics of surfing or similar. In most cases the information is completely anonymous and do not pose any kind of threat to you as an individual.

Spyware – a virus or not?

Spyware differs from viruses and worms in that it does not usually self-replicate. Like many recent viruses, however, spyware – by design – exploits infected computers for commercial gain.

Typical tactics to achieve this goal include delivery of unsolicited pop-up advertisements; theft of personal information (including financial information such as credit card numbers); monitoring of Web-browsing activity for marketing purposes or routing of HTTP requests to advertising sites.

These things are very hard to keep track of. Keep in mind if spyware is present on your computer pop ups and other changes in your surfing programs behaviour should occur.

The only reliable way to know if an evil spyware is living and thriving on your computer is to install and use a good spyware removal program.

How does spyware infect?

Spyware does not spread like a computer virus or worm. Instead, spyware installs on your computer through deception or exploitation of software vulnerabilities.

A Trojan horse, by definition, smuggles in something dangerous in the guise of something desirable. So spyware often hide as an add on to some other program you really want.

Spyware can also come bundled with shareware or other downloadable software, as well as music CDs. The user downloads a program (for instance, a music program or a file-trading utility) and installs it.

The installer then additionally installs the spyware. Although the desirable software itself may do no harm, the bundled spyware does.

Another way of distributing spyware involves tricking users by manipulating security features designed to prevent unwanted installations. Internet browsers like Internet Explorer for example are easy targets for this method. Everybody use them online almost daily.

The way you protect yourself against this, is to always keep your operating system up to date when it comes to security updates. Use Microsoft Update regularly (and often).

As with computer viruses, researchers give names to spyware programs which frequently do not relate to any names that the spyware-writers use.

Researchers may group programs into “families” based not on shared program code, but on common behaviours; by “following the money”; apparent financial or business connections.

For instance, a number of the spyware programs distributed by Claria are collectively known as “Gator”. Likewise, programs which are frequently installed together may be described as parts of the same spyware package, even if they function separately.

It is also important to know that different anti spyware program and big antivirus software creators may have different names for the same spyware.

This can cause you to believe that you have 2 or more spyware products installed when you actually only have one, but with different names.

CoolWebSearch:
A group of programs, it installs through the exploitation of Internet Explorer vulnerabilities. The programs direct traffic to advertisements on Web sites including coolwebsearch.

To make this happen, they display pop-up ads, rewrite search engine results and alter the infected computer’s host’s file to direct DNS lookups to these sites.

Internet Optimizer:
Also known as DyFuCa, redirects Internet Explorer error pages to advertising. When users follow a broken link or enter an erroneous URL, they see a page of advertisements.

180 Solutions:
Transmits extensive information to advertisers about the Web sites which users visit. It also alters HTTP requests for affiliate advertisements linked from a Web site, so that the advertisements make unearned profit for the 180 Solutions company.

It opens pop-up ads that cover over the Web sites of competing companies.

Toolbars from any other then the big players like Google, Yahoo, Msn and similar very often contains spyware to some degree today.

And even the big guns have started to incorporate “spyware like” statistics gather from their toolbars. They do tell you about them and ask for your permission to install or activate these routines. But they often do it in such a convoluted way, no one actually understands it.

So, start the day by cleaning your computer and then carry on working. Make sure you surf the internet with peace of mind. Download updates, scan and clean your computer from any spyware regularly…